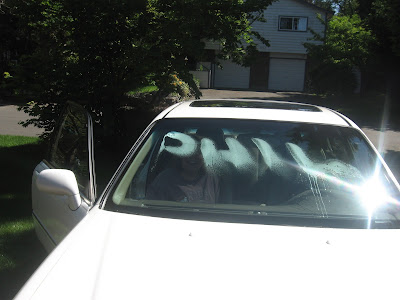 Two days ago on a beautiful spring day in Seattle it was time for car-washing.  Two dirty cars were backed out of our garage and then vacuumed and washed by our very own resident car washer (with occasional help from his brother) who has had years of practice.  Fifteen years ago I wrote in my journal “Phil washed Paul’s old car and the van (the Tuckermobile) so I said to Phil yesterday when he asked to be paid as we were arriving up here (Whistler, our vacation destination) and I passed him a dollar (and he was excited!) and said 'You are one of the best deals around.' And he said 'I’m not a deal—I’m your son.'  We got a good laugh out of that.” 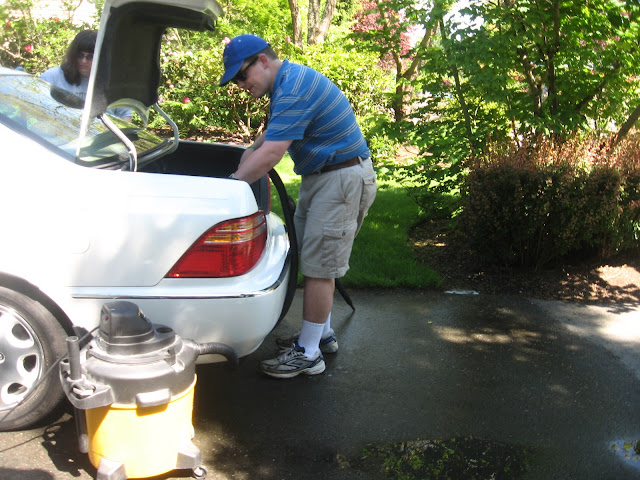 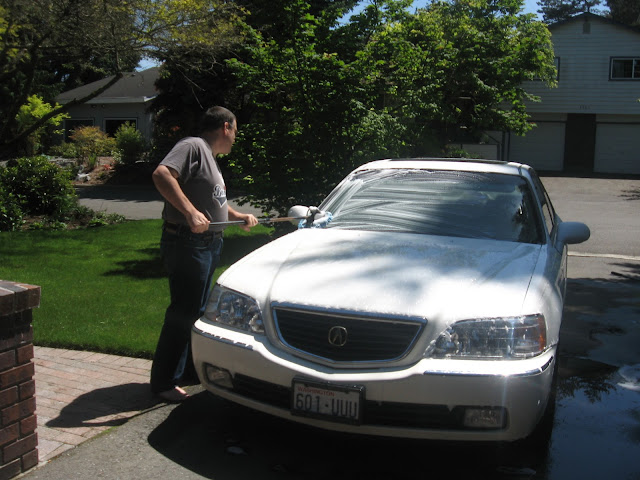 For Clark’s birthday he received a sheet of paper from his brother, Adam, who is just younger than  by 20 months and on the paper were words that said Adam would take Clark golfing.  That was 15 months ago, , and Clark had still not redeemed his gift despite many requests.  Finally a few weeks ago Adam asked if Clark would like to go golfing the following Saturday.  Clark was not feeling well because of seizures but that question brought a smile and a nod.  The week preceding THE BIG DAY we talked about going golfing with his brother and “no one else gets to go” morning, and night.

Finally THE BIG DAY arrived.  Paul went downstairs at 7:30 a.m. Saturday morning and there on the couch in front of the window was Clark—dressed with his shoes and coat on and his golf clubs in front of him.  Adam had called Clark the day before and told him that they would be going golfing at 2:00.  Clark has no concept of time.  We do not know how long he had been sitting there.  I eventually told him to take off his coat.  He also had a sack with a water bottle for each of them plus six granola bars.  It was pretty touching.  Paul took pictures and sent them to Adam so he moved up the time to 11:00.  They returned home about 2:00 happy and talking about their adventure.  It was nice to see them, our two oldest sons, doing something special together.
Posted by Pat Tucker at 7:15 PM 2 comments: