As Paul and I sat with friends on Friday evening watching a televised broadcast, he put his arm around me and played with my hair and then gave it a flip and then another. I turned to look at him. He was smiling and so was I as we remembered together an incident that happened to me about ten years ago. I was in a church meeting, sitting on the second row in the chapel. On one side of me was Phil and on the other side was my youngest child. Paul was in another church meeting elsewhere. As we sat listening to the speaker at the podium who was directly in front of us 10 feet away Phil started to brush my shoulder-length hair off my shoulder and onto my back and then he proceeded to scratch my head. It felt great I recorded in my journal. Then in an instant as though a switch had been thrown, he started flipping my hair so it was flying and quickly covered my face. I smoothed it down, uncovered my face, and then leaned over to say something to Phil but before I could speak he whispered very clearly in a slow affected voice “Knock it off, Sonny.” I tried to remain serious but failed miserably. My laughter only brought encouragement so he tried flipping my hair again. We had done enough entertaining. I snapped out of it and shook my head no and to my relief he stopped. I was under no illusion that I could drag a 23-year-old out of the meeting.
Posted by Pat Tucker at 5:07 PM 2 comments:

State of the Union Haircut 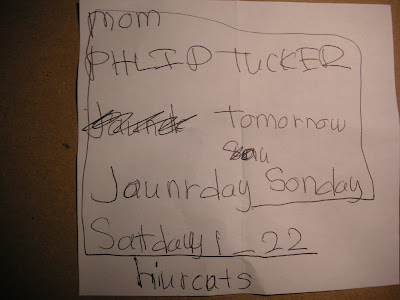 Interpretation:
Mom
Philip Tucker
Tomorrow
January Sonny
Saturday 1-22
Haircut
I wanted to watch the State of the Union last night and Phil wanted his hair cut. His first message to me came last week when he attached it to my back with tape and then ran out of the room laughing. I told him no. In a 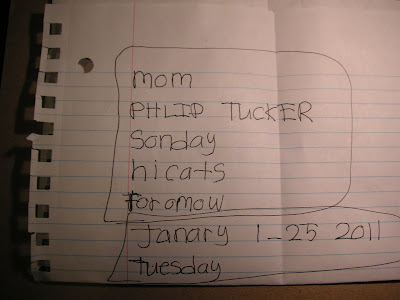 few days another note was attached to my back with much laughing. This time I told him yes. I then promptly forgot. Tuesday afternoon when I was preparing dinner Phil prepared for the haircut by getting everything ready. We both won—he got a haircut while we watched the State of the Union address. 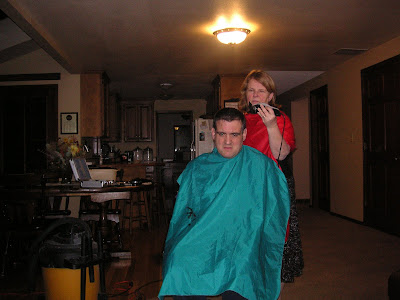 Even (anxious) Clark got a haircut. 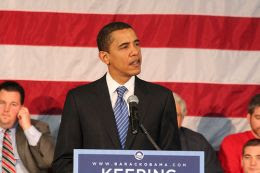 “I’ll bet you like President Obama’s haircut, don’t you Phil.” I said as I cut his hair. 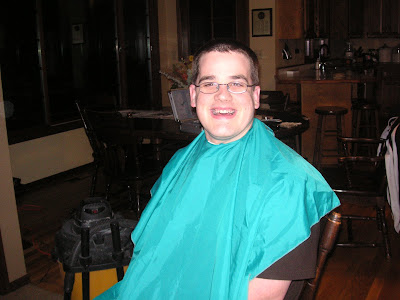 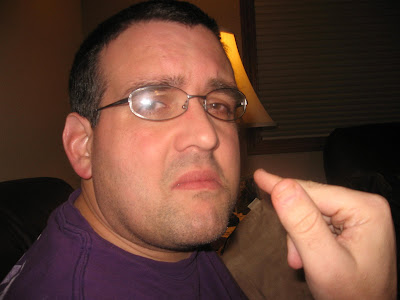 Clark was well into adulthood before it dawned on me that certain behavior and looks I had seen during his lifetime was anxiety. It is usually when we are out in public that he responds negatively to a comment made by someone he doesn’t know. “I’m telling the bishop (head of our church congregation).” He used to threaten to tell Mr. Harndon (a high school teacher). It is made when he doesn’t like or understand a comment or it is unkind or it is an unfamiliar situation. I wish I could say I always handle his anxiety with patience and kindness but often it is with impatience as I try to snap him out of it immediately and always failing with that approach. Clark brought this picture home a couple of years ago that someone at Special Olympics had taken. I hated it and put it away so I wouldn’t see it. I am glad I didn’t throw it away because I’ve come to understand better that he is looking very anxious. Now as I 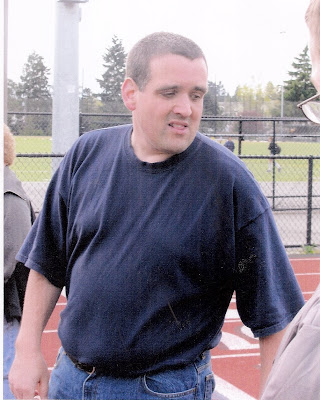 look at the picture I wonder what happened to him. What was he thinking? What had he done? What had he said that alienated others? We see daily his anxiety. Now I recognize it. I know there is prescription medication for it but because Clark takes about 20 pills a day for his seizures I am not ready to add one more. I’ve had two experiences with Clark recently that prompted this post.

I did not tell in the previous post that when Clark and I went to Macy’s he sat outside the dressing area while I tried on clothes. When I came out of the dressing room Clark was calmly waiting but he was not smiling. When we walked to the counter to purchase some items he started muttering about telling the bishop. It was then I realized that someone had tried talking to him while I was trying on clothes. It was the salesperson. I am sure she was frustrated and confused with Clark’s behavior. I quietly but firmly told Clark to stop talking. He finally did.

The other experience happened this past week when I took my car in for an emissions test. I took Clark with me. It was while we were waiting for our turn that I realized that I had never taken Clark before. We watched the car in front of us and then it was our turn. The man told me that I would need to get out of the car for a few minutes but, pointing to Clark, “He can stay.” As I turned my head and looked at Clark I realized that this could be a very anxious moment for him so I asked him if he would like to get out of the car with me. He smiled and said no. “Are you going to be okay while I sit over there?” “Yes.” He smiled again. I got out while he sat with the stranger. All went well and he was still happy when I got back in the car.

So—in the future when I take Clark with me will I remember to talk to him about a potential situation? I don’t know but I hope so. I am going to try.
Posted by Pat Tucker at 9:46 PM 1 comment:

There is nothing like having a four or a forty year old at your house to stir up some internal excitement. We were going to an outlet mall and we told Clark he could go too. He would go anywhere as long as he got to be with his parents. In fact, today he was happy he was chosen to go with me to the bread store, Bath and Body Works and Macy’s. Phil, on the other hand, did not want to go to the outlet mall but that is nothing new. He always says “I’m not going.” and when we enforce mandatory attendance he loves it, whether it’s going to Sam’s Club for shopping or to see River Dance at The Paramount or Lion King at The 5th Avenue. So, while we were at the outlet mall and out to dinner Phil was home alone fixing food and watching TV all by himself. If we could have spied on him, I am sure we would have found him cheering and clapping as he watched TV and thoroughly enjoying his time alone. When we pulled in the garage, though, after being gone for six hours the door in to the house opened and there was Phil welcoming us home. 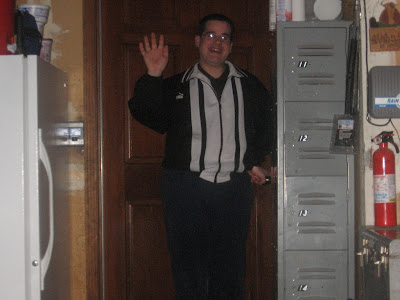 Paul was teaching Sunday School this morning as he has each Sunday for almost nine years. He asked Phil and Clark to pass out papers to class members. Phil promptly told everyone who wanted a paper to hold their hands up. “Higher!” he commanded them. Meanwhile, on the other side of the room, Clark started telling everyone that he is a bowler and would not stop talking while Paul was trying to start the lesson. As the noise level increased Paul finally said “Now you know what it is like at our house each day.” which brought a lot of laughter. After the papers were distributed and Phil and Clark seated Paul regained control.

Finally he came to the end of his lesson taken mostly from Matthew and Luke in the New Testament. After he quoted the verse “And knew her not till she had brought forth her firstborn son and he called his name JESUS.” (Matthew 1:25 KJV) Paul concluded with “And so you can see Joseph did not have sexual relations until…” at which point Clark blurted out “Bleeech!” There was renewed laughter. It was a good thing we were at the end of class.
Posted by Pat Tucker at 10:31 PM No comments: 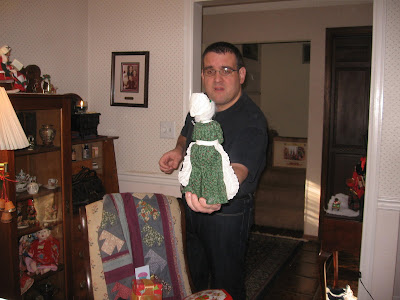 At our house we put up Christmas decorations the day after Thanksgiving and take them down on January1 but this year we broke with tradition and went to a late breakfast on the 1st with most of our family and then there were football games for the majority of the family in the afternoon and evening. Phil loves to hear me say “Football is boring.” and has me repeat it often so he can laugh and I can continue to sit in the front room and read all by myself. So decorations came down on Monday, January 3. 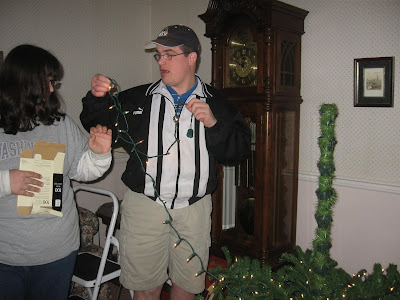 I often wonder how many decorations I would put up if I didn’t have so much help. We pushed to get finished by 2:00 so we could go to the theater with our gift tickets to see the 3rd Narnia movie, The Voyage of the Dawn Treader, in digital 3D. We all liked it. 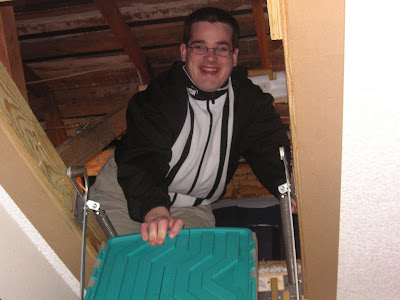 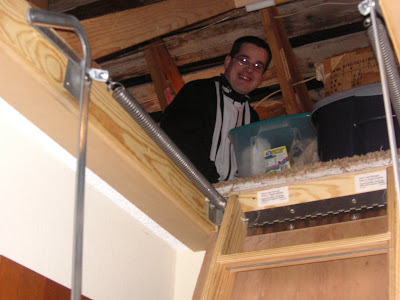