On the Receiving End 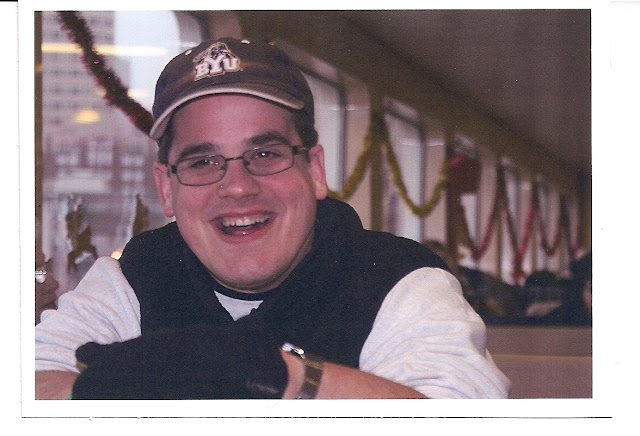 Sometimes I feel overwhelmed by the kindness extended to Clark and Phil’s community.  A few weekends ago was Seafair's Annual Special People's Holiday Cruise - a holiday tradition!  They boarded private yachts at south Lake Union with hundreds of their peers for a two-hour cruise of Lake Washington and Lake Union.  When we picked them up at the conclusion they had on blinking Santa hats and a bag of goodies each.  Their smiles told us they had had a good time.


The following Saturday was the Washington Ferry Holiday Cruise sponsored by AFECT (Active Ferry Employee Charitable Trust).  Paul, Cherlyn and I joined them for this excursion on a Washington State ferry which went half way to Bremerton and then back.  We left our car in the parking lot and walked on—past employees, clowns, musical groups, Coast Guard and Marine volunteers.  What a happy, festive atmosphere.  Santa made his rounds passing out stuffed toys while we enjoyed being on the water and munching on snacks provided by the volunteers.  When we disembarked 1 ½ hours later Clark and Phil each received a large stuffed animal donated by Toys R Us. 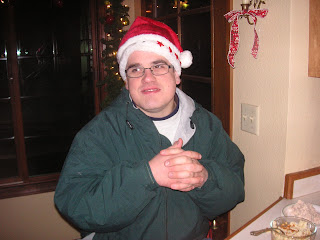 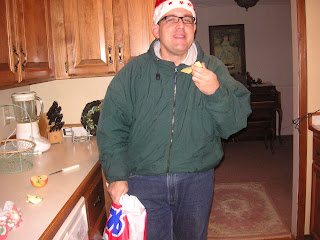 Posted by Pat Tucker at 6:54 PM No comments:

This Is So Clark 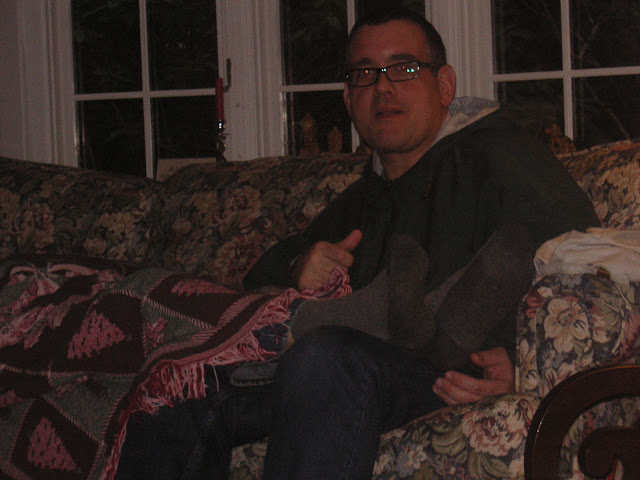 This afternoon I went downstairs for a short nap and quiet time to work on the discussion I will be leading tonight on The Death of Ivan Ilych by Tolstoy.  I had tried working at my desk but Clark sat down by me and couldn't stop talking.  He had had a headache and the Excedrin he took killed the pain and kicked him into nonstop-talking mode.  Some time later as I sat in the front room organizing my thoughts and writing down notes Phil came in to see what I was doing, then in came Clark and Cherlyn and finally Paul.  As we talked and laughed together Paul started feeling drowsy.  He stretched out on the couch and put his feet in Clark's lap.  Forty-five minutes later Clark was still sitting there not wanting to disturb his sleeping father.
Posted by Pat Tucker at 5:08 PM 1 comment: 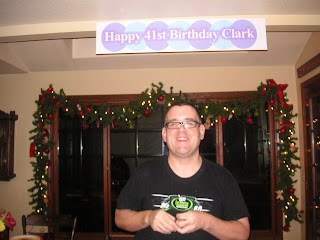 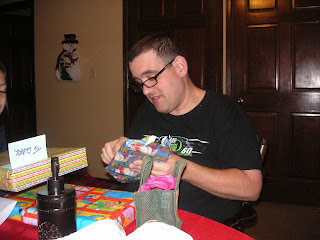 As I walked through the kitchen this evening to get to the garage (on my way to a Christmas Music Fireside) I noticed Clark’s birthday banner still hanging above the kitchen table.  Thursday was Clark’s birthday.  We knew he was excited because he talked about it every day for many, many days and then would ask “Are you excited for my birthday?”  Birthdays are exciting around here and begin as soon as the birthday boy or girl awakens.  “Happy Birthday” is spoken many times during the day.  Lunch on this particular birthday was a trip downtown with Dad to eat lunch with #2 son who works there.  Then at 6:00 the party began with requested hamburgers, chips and potato salad.  Phil was the chef and the burgers were pronounced delicious!  Then came the opening of gifts—a 100-piece puzzle, Cars 2 DVD, National Geographic DVDs, three packs of gum and a note with an invitation for a future golf outing with #2 son.  Finally it was time for cake, a requested train cake.  I chuckled as I read online that “Your preschooler will chuggah chuggah choo choo all the way with this choo choo train birthday cake.”  My “preschooler” loved it. 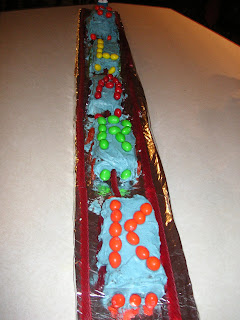 A Night at the Theater 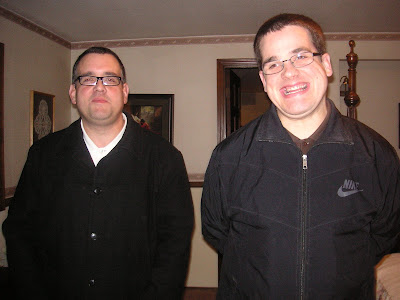 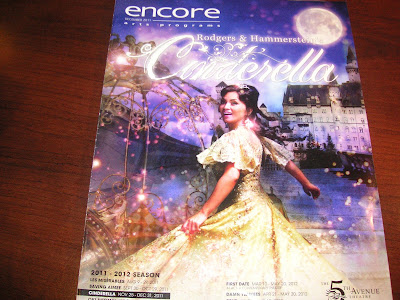 We took Clark and Phil to The 5th Avenue last Friday night to see Cinderella. It was a wonderful evening despite Phil’s day-long predictability “I’m not going!”. He means it. We don’t take him too seriously, however, because we know his pattern. He has said this for years. When he finally gets dressed (no jeans, shorts or tennis shoes allowed) he settles down. The boys don’t care that “after two thousand years of being passed down orally from generation to generation, Cinderella was escorted into the world of fine literature by Charles Perrault, whose writings started a new genre, the literary fairy tale.” When we got seated Phil became so excited. when he noticed two large monitors facing the stage by the balcony showing the conductor leading the orchestra. He sat sideways (we were on the 2nd row) so he could watch the monitors and also see the stage. People in back of us would turn to see what he was looking at and silently wondered why he was so interested in that. We knew. I know few people who can clap as loud as Phil can and he had numerous opportunities to demonstrate his talent. He joined the standing ovation at the conclusion. As we drove home, we knew it was unanimous; it was a great evening. As we drove down our street about 11:00 Clark asked if we could now watch an episode of Psych. What?!!
Posted by Pat Tucker at 10:08 PM No comments: